My fourth romance is available for pre-sale now.  It’ll be a long time before its release–the day after spring solstice on March 20, 2017.   I’m a horoscope junkie, so I hope that’s a good sign:)  But you met Tyne and Daphne in book 3.  Tyne is Paula’s fellow chef–the guy who doesn’t mince words and says what he thinks, Mr. Hot Stuff.  Daphne is the girl Chase fantasizes about.  At the beginning of LOVE ON TAP, Paula and Chase both have a thing for someone who’s not right for them.  I’ve met plenty of people who fall for Mr. or Miss Wrong over and over again, and always with disastrous results.  That’s what I wanted to show in book 3.  It’s not the traditional way to start a romance or plot it out, and it confused some readers, but I liked it.  To me, it was realistic.  And Tyne, as a friend to both Paula and Chase, was happy to offer his opinions on their romantic mishaps.

I intended Tyne to have a small part in book three.  When I plot a book, I start with an idea. For book three, it was a girl with a crush on Mr. Wrong and a guy who fantasized about a girl who had nothing in common with him, and the two had to figure out that they were REALLY meant for each other.  After the idea, I think about what characters will work for that story.  Paula is a widow, raising two young children and trying to balance being a mom and a chef.  All she’s done since losing Alex is work and spend time with her kids, but she’s finally ready to dip her toe in the dating pool again.  Except that she’s always attracted to a bad boy.  And Tyne is happy to tell her that Jason’s a loser and she should move on.  Chase owns a bar and can have any woman he wants–except Daphne–and he’s ready to settle down and thinks he wants her.   Tyne makes a few comments on that, too.  After I decide on my characters, I do character wheels for them.  I learned that concept at a workshop by Shirley Jump, then tweaked it to work for me.  (Shirley’s offering a workshop on intensive revision starting Monday, if you’re interested:  https://www.margielawson.com/lawson-writers-academy-courses/detail/2-writing/299-jan-2017-intensive-on-revision.)  Anyway, Shirley recommended having a close friend for each of your characters, because then the character has someone to talk to, to spill your gut.  I gave Paula her fellow chef, Tyne.

I meant Tyne to be there for Paula to bounce ideas off of.  The thing is, Tyne just won’t keep his mouth shut.  He has opinions about everything, even though he’s well-meaning.  I loved Tyne, but I had trouble writing his dialogue.  He’s SO not like me!  He says things I’d never say.  I had the same problem with Brody in book 2.  I’m an “early” Libra.  I try to smooth things over and avoid confrontation.  I hate conflict.  When I’m really direct, it’s been a long time coming.  (I’m working on that for 2017, though.)

Brody and Tyne don’t give a damn.  Sometimes, they push peoples’ buttons just to see what happens.  When they do, it’s outside my comfort zone.  I’d never do it, so I needed to “hear” someone else.  For Brody, I heard my grandson Tyler–a Gemini.  With Tyler, you get what you get, whatever he’s thinking–and he tends to think he’s right and you’re wrong. If he annoys people…well, life happens, right?  But he has a BIG heart.  He won’t win an award for tact, but he’s funny and warm, and he CARES.  For Tyne, I “listened” to my grandson Nate.  Nate–an Aquarius–has a million ideas buzzing in his head all the time. He thinks outside the box, gets restless easily, and doesn’t mind sharing his opinions.   If he annoys you, he’s sorry, but that doesn’t mean he’ll stop.  And he has a big heart, too.

I liked Tyne so much in book 3, he changed my writing.  I was using single POV for the romances, but when I started book 4, with Tyne and Daphne as the stars, I wanted Tyne to be able to express himself, too.  Tyne just wouldn’t stay in the background.  That’s what Daphne liked–to sort of disappear if she could, to go unnoticed.  So book 4, SPICING THINGS UP, is the first time I did the girl’s AND the guy’s POV.  It added a lot.  What was implied before became in-your-face, irrefutable, so that’s what I’m doing from now on.  (I’m a slow learner.  I’ve already told you that.)  Anyway, characters can push and prod a writer.  It’s a good thing.  And bless Tyne, he wanted a starring role, and he deserved one.  I hope you like  him as much as I did. 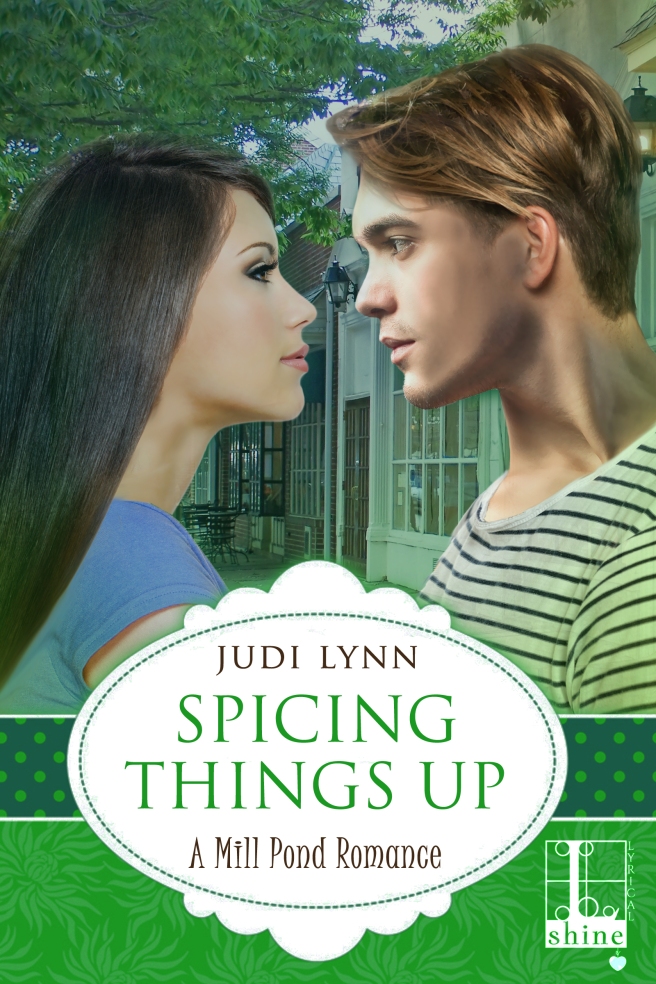 4 thoughts on “Some Characters…”

The View From The Imaginarium

Follow us through the Wormhole and explore the limits of your Imagination.

Hiking Photography
From the Pen of Mae Clair

Mystery and Suspense, Folklore and Legends