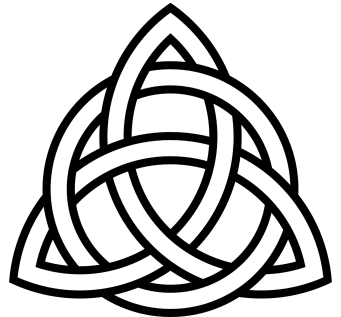 Festus took a swig of beer before saying, “You know I travel a few times a year for my job.”

I nodded, sipping my wine. “You write ads for small businesses and do online advertising for them, but once in a while, you have to meet with them to keep up to date.” The warlock was a whiz at clever campaigns and images.

“This time, I drove to a town east of here on the river, like we are,” he told us. “I met with the business owner and was ready to start home when I must have blacked out in my car. Thank Hecate I made it that far or I might have crumpled on the street. I don’t know how long I was out, but when I came to, I had the tattoo, and I’ve been having the same nightmare over and over again every night since it appeared.”

Raven scowled and looked my way. “Have you dealt with anything like this before, Hester?”

I shook my head. “Sounds more like Fae magic than ours.” I studied the dark ink, a Celt symbol. “May I touch your tattoo?” I asked Festus.

He rolled up his sleeve again, and I placed my hand on it. “I feel both Fae and witch magic.” Keeping my hand on the tattoo, I cast a spell, and suddenly, an image appeared in the air before us, a scene that played out as a movie.

We were seeing the images through someone else’s eyes. Whose, I couldn’t tell. But we were walking along a river bank, picking leaves and roots to brew for potions. We felt the sun on our backs, but the air was cool. Leaves were changing colors, and some had already fallen to the ground. Autumn. Late October maybe?

We could feel the seer’s thoughts and emotions. Whoever it was, was new to the area, surprised by how many varieties of plants grew there. She almost had her basket full when the sound of movements made her glance up. A swirl of spirits raced toward her and whirled around her like a gray tornado of dead souls. Wisps of faces flashed past her. I’d seen spirits like these before at the voodoo village across the river. I knew the spirits could do no harm, but this girl was frightened. She screamed, dropped her basket, and threw up her hands to defend herself. Then, she heard more movement behind her, but before she could turn, pain exploded in the back of her head and oblivion overtook her.

The scene ended for a moment of blank air, and then we felt her consciousness stir. The next images were fuzzy until her eyes focused better. A horrible headache made me press my hand to the back of my head. She teetered, unsteady, as she rose to look at her surroundings. Bars surrounded her. She was in a cage in what might be a basement. Gray, cement walls and a cement floor were lit by a lightbulb dangling in the center of the room.

She spoke a spell to unlock the cage door, but nothing happened. We felt her surprise and fear. She went to the door and shook it, chanting more spells. None of them worked. Trapped, terror raced through her. Then we heard footsteps coming down wooden stairs. Panic paralyzed her. She stared, holding her breath.

A tall, gaunt man shambled forward. He never blinked, his eyes glazed with no emotion behind them. His movements were jerky. He opened a small slot at the bottom of her door and slid a tray of food to her. Her stomach growled, and she realized she was starving. How long had she been unconscious?

She grabbed the bars with both hands and pleaded, “Please help me. Let me out of here.”

Unhearing, the man stood, turned, and walked back up the stairs.

The image dissolved, and Festus blinked, stirred, and gripped my hand. “That’s the dream. Every night. What does it mean?”

Wanda started crying. “Who was the girl in the cage? And what was that man?”

They all looked at me for an explanation.

“It’s not a dream. It’s a vision. I’m guessing the girl in the cage sent it to Festus using both of her magicks. She’s begging for help.”

“And the man?” Festus asked.

“An undead. Not the same as a zombie. I don’t know if they really exist. But I’ve seen corpses controlled by black magic. Not witch magic. Voodoo. The body’s spirit is gone. Free. But the shell it inhabited can be animated to walk and move.”

Festus rubbed his forehead. “When the dream ends, I wake up covered in sweat, smelling my own fear.”

Raven ran a hand through his ebony hair, his tawny eyes pinched in distress. “Who is she? How do we find her?”

I bit my bottom lip, frustrated and upset. “I don’t know.”

Wanda wrung her hands, her voice pleading. “I feel sorry for the girl, but can you help my Festus? He’s afraid to go to sleep.”

I touched a finger to his forehead and chanted a spell. “I’ve let the tattoo know we’ve seen the vision. We understand it. We’ll try to help the girl, but we don’t know how.”

“What about the tattoo?” Wanda stared at it. “It’s still there.”

“It won’t leave until the girl’s free, but the dreams should stop now. As long as it’s untouched, Festus can sleep in peace.”

Tears spilled down Wanda’s cheeks. “Thank you.” She came around the table to hug me.

“Can you do anything for the girl?” Festus asked.

“I’ll send birds to fly over the town and the area around it. If they see anything suspicious, they’ll report back to me. But I don’t have much hope. We have too little to go on.”

Clinging to each other, Festus and Wanda left. Once their car was out of sight, Raven and I walked into my front yard and I called for my birds.

Ravens, crows, and sparrows circled me and I sent them to the town Festus had visited. I doubted if any of them would return. We had no idea where the girl was, what kind of building she was in, unsure if she was even in a basement. There was little chance of finding her.

Raven tilted my chin and gave me a gentle kiss. “I’ll call every enforcer I know in that area, ask them to see if any other Fae or witches have gone missing. It might take us a while, but we’ll do all we can to find your witch.”

I nodded, not very hopeful, and we headed back toward the house. Light spilled from its many windows, making it glow. The Yule tree’s bulbs twinkled on our deep front porch, reds, greens, and golds. The scent of the pine drifted on the breeze. Such a cheerful scene, but it couldn’t diminish the fear I felt. Why had the captor taken this girl? What did he mean to do with her? It was bad enough when witches used black magic, but when voodoo was involved, I was deeply afraid for this young girl.

It's All about the Romance 💕💕💕

Suspense, Passion...Fiction That Flutters The Heart

Beautiful photos of hiking and other outdoor adventures.

From the Pen of Mae Clair

Mystery and Suspense, Flavored with Folklore